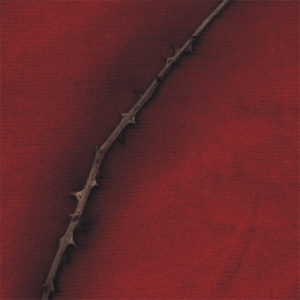 The project comes from a basically casual meeting of artists belonging to different fields on the occasion of the second edition of “Music and Literature Festival – Marina Café”, held in Cagliari in June 2004. It arises from the collaboration of the writer, Gianni Marilotti, Calvino’s Award winner with his first novel, “La XIV Commensale”, and the actress, Tiziana Martucci, here involved as a narrating voice.

The starting  point was given from the story told in the novel, centred upon the Italian terrorism season and the private events of the protagonist, Franca Bellisai. She is described from her starting role as a BR flanker and then in her travelling and painful fugitiveness experience.

Thus it was made an operation of test rewriting as a way of shorten it to a functional body for a stage performing and to define a sound frame able to conjugate contemporary world and historic adherence.

In reference to the first aspect, the target was to build a story which, copying with an extremely complex and contradictory theme as it is the army struggle one, avoided dangerous clichés and described the developings of the human events, the characters emotions and the time atmosphere by means of alternating dialogues and narrating moments.

About the music, it is considerably widened the setup by means of hardware and software instruments (see below) thought for a live performing.

The compositive idea is also deepened by the usage of speeches and music fragments of the time, as a way of allowing the listener to immerse himself/herself into the atmosphere of the narrated story .